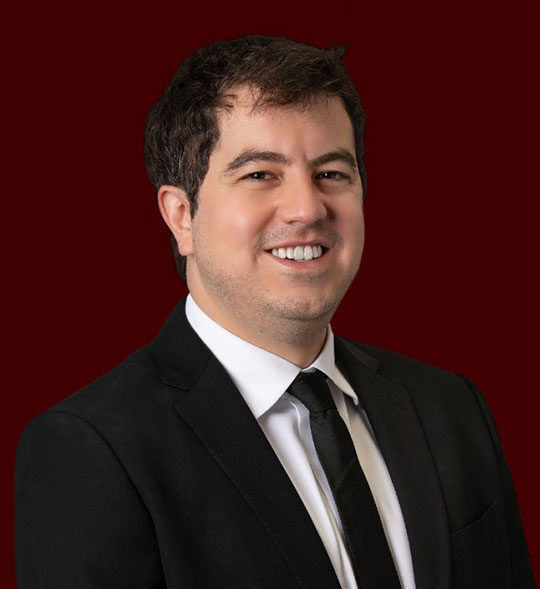 Adam is an associate at Schneider Law Firm. He earned a degree in philosophy with honours at the University of Western Ontario in 2008, obtained his law degree from Osgoode Hall Law School in 2012, and was called to the bar in Ontario in 2013. While at Osgoode, Adam gained extensive experience in litigation and negotiation by participating in negotiation clinics and helped to establish the advanced negotiation clinic in his final year.

Adam obtained his articles in the area of Entertainment Law at a boutique firm specializing in film and digital media. Dealing with a broad range of clients helped to prepare Adam for the vast array of client problems he is able to help solve as a litigator. Subsequently, he began his litigation practice at a large national insurance defence firm in 2015. Thereafter he operated as a sole practitioner, providing services to property managers, real-estate developers, and large multi-national companies. He has appeared before various courts in Ontario, including the Superior Court of Justice and the License Appeal Tribunal.

Adam is an engaged and focused lawyer who treats his clients needs as though they were his own. He consistently meets the challenges that are presented to him in a demanding area of practice.

Adam is a well-rounded musician having earned a Claude Watson arts degree in high school, and continues to be musically active as a guitarist and multi-instrumentalist. He also plays hockey regularly and is an avid fan of the Toronto Maple Leafs, Toronto Blue Jays, Toronto Raptors, and San Francisco 49ers.

Adam is a tireless advocate who takes great pride in ensuring that his clients’ rights are served to the fullest extent of the law.